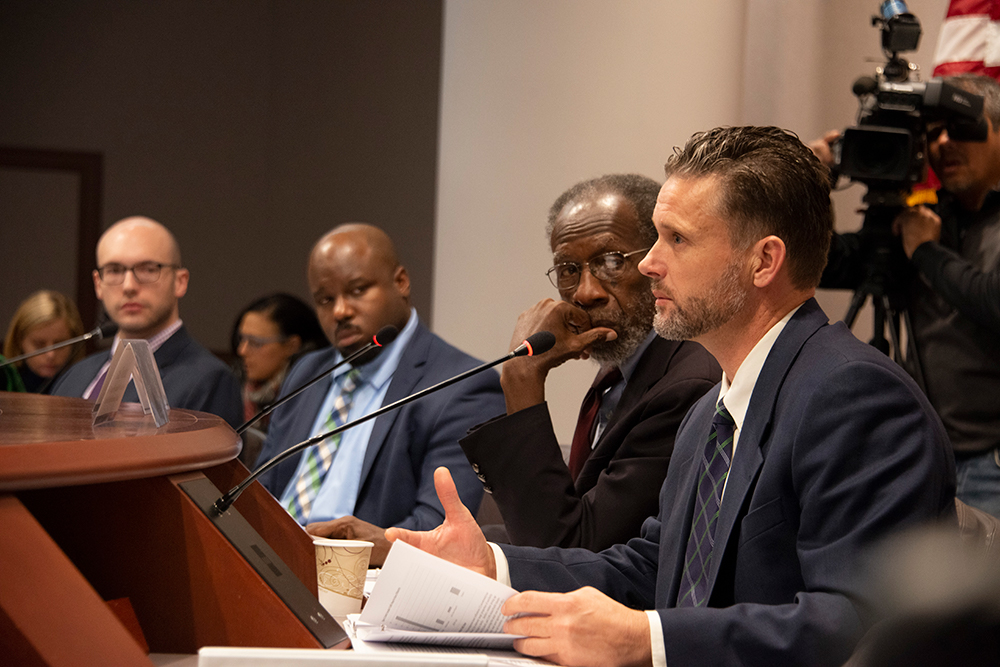 Four working groups were established to advise the advisory board on the various aspects of the project. Those groups include:

Assists the advisory board in shaping the system for collection and analysis of traffic stop records on an annual basis. Some of its activities include determining what information should be collected, how the information is reported to the state, and the best methods for analyzing that information.

Public Awareness Work Group: assists the advisory board in aspects of the project that relate to informing the public of the law and results from the annual analysis. The work group helps to coordinate public awareness and outreach efforts and works to ensure that all data and analysis are accessible to the public.

Assists the advisory board  in aspects of the project that relate to training police agencies in the collections of traffic stop data. The work group also works to identify and implement quality bias-based policing programs for police officers.

Assists the advisory board in reviewing any proposed legislation related to the Alvin W. Penn law and makes recommendations regarding the board's position. The work group also reviews policy recommendations that address racial disparities in traffic stops.

Commission on Human Rights and Opportunities

Office of the Chief State's Attorney

Office of the Chief Public Defender

Commission on Equity and Opportunity

Connecticut National Association for the Advancement of Colored People

Commission on Human Rights and Opportunities

Commission on Equity and Opportunity